20% OFF FOR ALL MILITARY, LAW ENFORCEMENT, FIREFIGHTER, AND EMS

The science of Nanotechnology is one of the great evolving sciences in the world today. From biotech to aerospace, the implementation of nanotechnology has exponentially advanced many industries, window film being one of them.

Essentially, what we're doing is manipulating the solar spectrum. The solar spectrum includes UV Radiation, Visible Light, and Infra-Red Radiation. Each of these components has an impact on heat gain. Scientists, through molecular science, have engineered Nanoparticles (which measure 1 billionth of a meter) to identify and absorb vast amounts of Infra-Red Heat, practically all the UV radiation, and varying degrees of the Visible Light component.

It’s a process that allows our films to achieve a term referred to as “Spectral Selectivity”. It’s through this science, that NASA was able to engage heat rejective elements into the Space Shuttle design, and then further down the line into the Stealth Bomber.

We’d like to think we're putting more nanotechnology onto car glass than Area 51 does with experimental aircraft. But we’ll never really know, will we?

What our film can do

Using the best window films, our 28 years of experience gives The Tint Shop a professional edge with automotive window tinting. We pride ourselves on staying current with the best product on the market to provide exceptional tinting results every time!

The benefits of window tinting are truly without end. Whether you're considering this service for your home, business or automobile, we're here to educate you on the numerous incentives to have your windows tinted today! One of the more obvious reasons film applications are viable is because it gives vehicles and buildings an attractive, sleek appearance. Especially for those luxurious sports cars. Additionally, having your windows tinted blocks a tremendous amount of sunlight which protects your skin, reduces energy costs, and just keeps you in a more comfortable environment. And let's not forget about the added level of privacy! You'll be able to see very clearly but observers outside will have a limited view of you. This is why so many commercial businesses and home owners are resolving to have their windows tinted because it adds a level of privacy and security they can enjoy.

Ready To Get Started?

If you're ready to upgrade your home, business or automobile with quality window tinting that goes above and beyond, then call The Tint Shop in Jonesboro, AR today! We promise that our services are a cut above the rest and you'll be amazed at the end result. With competitive prices and over 28 years of experience, you can be confident in your decision to choose us!

20% OFF FOR ALL MILITARY, LAW ENFORCEMENT, FIREFIGHTER, AND EMS 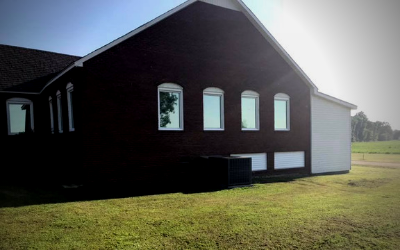 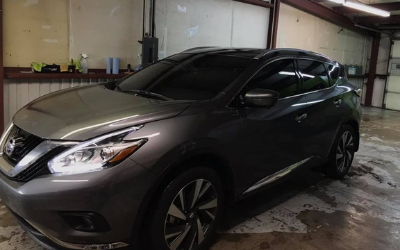 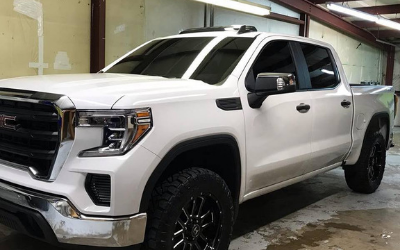